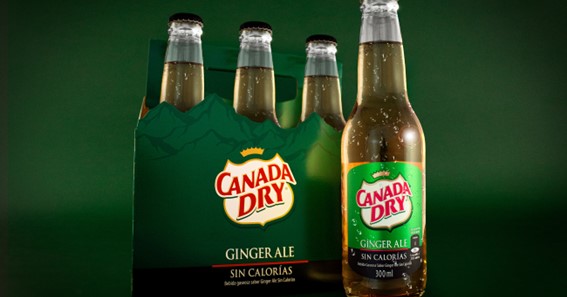 Today I will share the ginger ale brands with you. Ginger ale is a household favorite drink for numerous people. It is a soothing, bubbly beverage that we drink when we had an upset stomach. It is delicious caffeine-free soda. There are different brands of ginger ale. We will explore here the 10 ginger ale brands that are popular.

Are you curious to know more about the ginger ale brands? Then let me explain to you the different brands of ginger ale.

Blue Sky Ginger Ale is a Jamaican-inspired soda that is one of the natural ginger ale brands. This means that there is real ginger root present, in this product, but quantity is not mentioned on the packaging. It has no Caffeine, a few fats, and no Sodium Carbonate which makes this ginger ale beverage a little healthier than others. 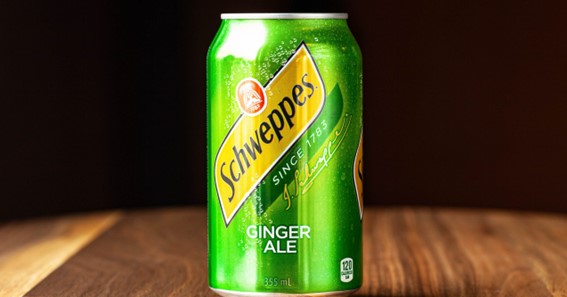 Schweppes Ginger Ale comes next to the Canada Dry in popularity. This is one of the high demands because of its taste and brand loyalty. They do not mention ‘real ginger’ anywhere besides the name on the label. 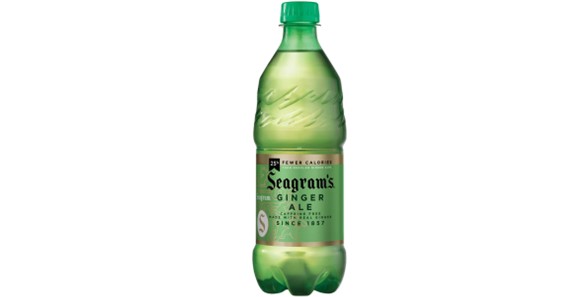 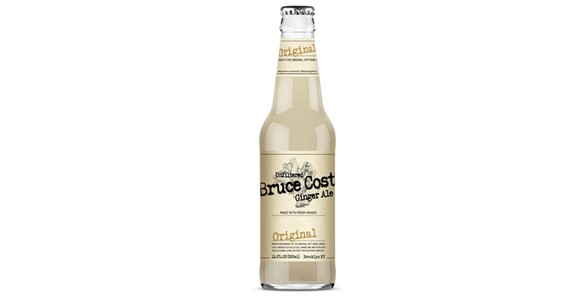 Bruce Cost is made with 100% real ginger and is one of the ginger ale brands in the USA. They don’t mention how much ginger is used in it. Ginger ale lovers can find ginger particles at the bottom of each bottle because the soda is unfiltered. It is made from sugar cane sugar. Bruce Cost is a ginger ale without high fructose corn syrup. It is tangy and has multiple flavors. 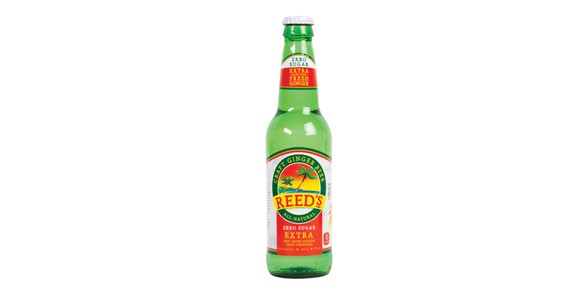 Reed’s is founded in 1989 and offers a wide range of ginger products. Reed’s Ginger Ale is also one of the ginger products that contain real pressed organic ginger. It is among the real ginger ale brands. 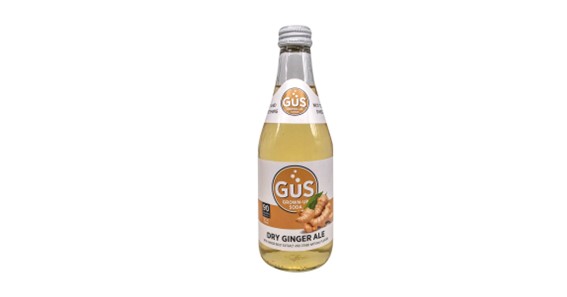 Gus was launched in 2003 by Steve Hersh and Jeannette Luoh in New York. It is one of the Ginger Ale brands with real ginger. Gus is a complex and very dry beverage with a ginger flavor If you don’t have a few sips. It is a pasteurized beverage made with ginger root extract and cane sugar. 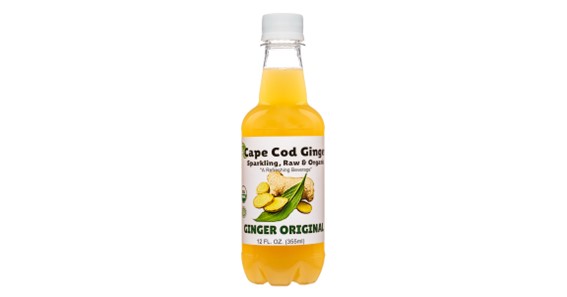 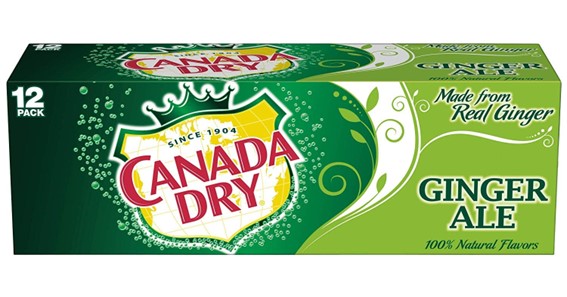 Do you know which ginger ale has the most ginger? The answer is Canada Dry Ginger Ale. Canada Dry ginger ale brands are the pioneer of Ginger Ale. You can try this brand’s Bold version, which has plenty of a gingery bite. These days, the company uses 2% of real ginger extract content. Canada Dry is without caffeine ginger ale brand which you can drink at any time of day. It is perfect For Parties, Your Pantry, And More. It is the best ginger ale for nausea. 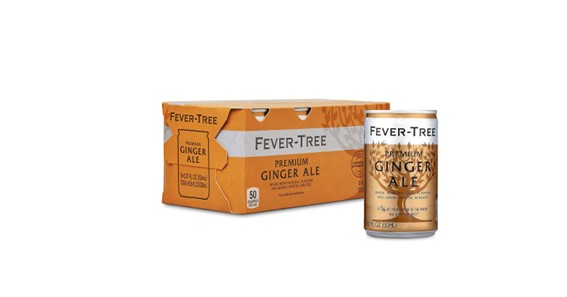 Fever-Tree Ginger Ale is one of the ginger ale beer brands. Fever-Tree Ginger Beer does not use any artificial sweeteners and all-natural flavors. When mixing a cocktail, then they suggest using it as 3/4 of your drink. 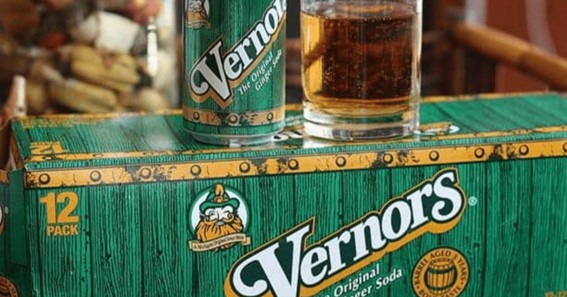 Vernors is one of the oldest ginger ale soda brands started by James Vernor in the U.S. in 1866.

Vernor Ginger Ale is one of the most popular ginger ale brands on the market.

Which Ginger Ale Has Real Ginger In It?

Canada Dry ginger ale says it’s made with “real ginger” on the label. Chris Barnes, a spokesman for Dr. Pepper Snapple Group, which owns Canada Dry and Schweppe’s (another brand of ginger ale), says the sodas do contain real ginger, but the company won’t reveal how much to protect proprietary formulas.

Is Ginger Ale The Healthiest Soda?

Canada Dry is a brand of soft drinks founded in 1904 and owned since 2008 by the American company Keurig Dr Pepper. For over 100 years, Canada Dry has been known mainly for its ginger ale, though the company also manufactures a number of other soft drinks and mixers.

Why Is Ginger Ale Good For You When You’re Sick?

With a sweet blend of real ginger and citrus oils, Zevia Ginger Ale has a delicious taste with zero calories and no sugar, making it a healthy alternative to diet ginger ale brands. Be it an upset tummy or a cocktail party mixer, Zevia Ginger Ale is always as refreshing to taste as it is on your waist.

Which Ginger Ale Is Best?

Canada Dry Ginger Ale
We tried this classic alongside both Schweppes and a few store-brand ginger ales similarly packaged in green plastic bottles, and Canada Dry came out on top. No, it doesn’t have big ginger flavor like some other sodas on the list, but the flavor it does have is just so pleasant and familiar

Is Schweppes Ginger Ale Made With Real Ginger?

Pepper Snapple Group, which owns Canada Dry and Schweppe’s (another brand of ginger ale), says the sodas do contain real ginger, but the company won’t reveal how much to protect proprietary formulas.

Ginger ale is used for upset stomachs also it can be used for nausea. We Saw above different ginger ale brands. We explore the brands of ginger ale that are available in the market. I have shared all the most popular ginger ales and their uses. We discovered the best ginger ale brands in this article.

To Know Some Great Stuff Do Visit SnapperNews

To Know Some Great Stuff Do Visit Snorable

To Know Some Great Stuff Do Visit SquareRoott

To Know Some Great Stuff Do Visit StarCasto

To Know Some Great Stuff Do Visit StatusKDuniya